Hypothesis testing ,p-values and the statistics involved is one of the most commonly asked topics in interviews , hence its always better to be prepared with the minute mathematical details as well as real life examples/ business scenarios to be used as examples to express your point better . This post aims to help you do the same .Lets begin!

What is a Hypothesis?

A Hypothesis is a statement that can be tested either by experiment or observation, provided we have past data. For eg – We can make a statement like “ Cristiano Ronaldo is the best footballer “ , and we can test the statement based on all the data of the past football matches.

What cannot be a Hypothesis?

Not a Hypothesis if the statement cannot be tested and we have no data regarding it.

There are two Hypothesis:

Example – A textile company claiming that it exports its products and makes $ 10,000 per month.

For example – the average height of girls in the class is greater than 5 feet.

If the Alternate Hypothesis gives the alternate in only one direction for the parameter specified in the Null Hypothesis, it is called a One-tailed test.

Type I and Type II error :

The p-value is the smallest level of significance at which a null hypothesis can be rejected and this is the reason why many tests give p-value and is more preferred since it gives us more information than the critical value.

The smaller the p-value, the stronger the evidence that we should reject the null hypothesis. 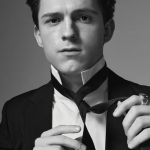 What is data science, its purpose