KS- test: Understanding and recognizing the distribution of data points is one of the important tasks of any Machine learning problem. Many mathematical assumptions , feature engineering techniques or algorithm selections are dependent on the nature of distribution of the data points.

ks test or Kolmogorov–Smirnov test is a method used to find out whether 2 distributions are similar or not .Concepts like hypothesis testing, p-value are pre-requisites for understanding this test. KS test utilizes the concept of hypothesis testing.

In any hypothesis test there is a null-hypothesis , which in this case is ” The 2 samples come from same distribution”. Before understanding when or how do we pertain or reject this hypothesis lets look at a few steps below:

Have a look at the below image:

from the above expression of Dn,m , one can easily get a relation of the form F<alpha, ( by simple squaring and taking exponent) . Below you can see the result:

comparing the above expression with ( p-value< alpha) of hypothesis testing ,we can say that the LHS is the p-value of ks-test (notice it depends on the number of points in both sample sets).

The Kolmogorov–Smirnov statistic in more than one dimension

One approach to generalizing the Kolmogorov–Smirnov statistic to higher dimensions which meets the above concern is to compare the cdfs of the two samples with all possible orderings, and take the largest of the set of resulting K–S statistics. In d dimensions, there are 2d−1 such orderings. 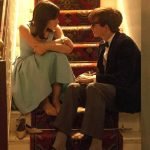 Difference in CSE and CSE with AI/DS specialization