IN THESE INTERVIEW PREP SERIES WE LOOK AT IMPORTANT INTERVIEW QUESTIONS ASKED IN DATA SCIENTIST /ML AND DL ROLES .

IN EACH PART WE WILL DISCUSS FEW ML INTERVIEW QUESTIONS.

2) What is Confidence Interval?

3) Can KL divergence be used as a distance measure?

No. It is not a metric measure as it is not symmetric.

4) What is Log-normal distribution?

5) What is Spearman Rank Correlation Coefficient?

7)What is the “Crowding problem” in t-sne?

8)What are the limitations of PCA?

PCA should be used mainly for variables which are strongly correlated.

If the relationship is weak between variables, PCA does not work well to reduce data. Refer to the correlation matrix to determine.

When query point is an outlier or when the data is extremely random and has no information.

The calculation of the likelihood of different class values involves multiplying a lot of small numbers together. This can lead to an underflow of numerical precision. As such it is good practice to use a log transform of the probabilities to avoid this underflow.

Numerical features are assumed to be Gaussian. Probabilities are determined by considering the distribution of the data points belonging to different classes separately.

13)How do you get a feature important in naive Bayes?

The naive bayes classifers don’t offer an intrinsic method to evaluate feature importances. Naïve Bayes methods work by determining the conditional and unconditional probabilities associated with the features and predict the class with the highest probability.

14)Differentiate between GD and SGD.

15)Do you know the train and run time complexities for a SVM model?

16)Why is RBF kernel SVM compared to kNN?

They are not that similar, but they are related though. The point is, that both kNN and RBF are non-parametric methods to estimate the density of probability of your data.

Notice that this two algorithm approach the same problem differently: kernel methods fix the size of the neighborhood (h) and then calculate K, whereas kNN fixes the number of points, K, and then determines the region in space which contain those points.

17)What decides overfitting and underfitting in DT?

the max_depth parameter decides the overfitting and underfitting in Decision Trees.

18)What is Non negative Matrix Factorization?

decomposing a matrix into 2 smaller matrices with all elements greater than zero and whose product gives us the original matrix.

19)what is Netflix prize problem?

The Netflix Prize was an open competition for the best collaborative filtering algorithm to predict user ratings for films, based on previous ratings without any other information about the users or films, i.e. without the users or the films being identified except by numbers assigned for the contest.

20) What are word embeddings?

Word embeddings are a type of word representation IN A VECTOR SPACE that allows words with similar meaning to have a similar representation. 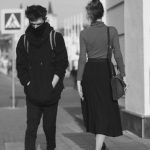 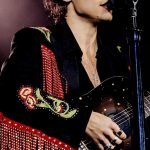