Over the last couple of months I have consulted tons of resources, both human and what we find in libraries in order to understand the jargon that is “Quantum Computing”. As daunting it may sound to be , a fair share of what it entails lies in the mystery that it creates to a new reader.
In this post I will try to justify what expectations and hopes one should keep , as a product manager, as a developer and as a guy who loves to write research papers. I hope not to demystify the sense of quantum for you, rather I want you to realize that the mist is here to stay , but its high time we bear a candle and start wandering through it .

As someone who works at a consulting firm “numbers”, “figures” and “graphs” seasoned with a game of words is what catches the eye. What matters are the results. Whether one uses AI , quantum technology or a rubik’s cube that remains secondary. The tail of the tape remains :” what is the ROI?”.
In contrast to what these firms require, we have the “academia “, more focused on harnessing the power of quantum ,not fearing the failures , re trials and certainly not jira tickets. Next we have a set of individuals we refer to as “developers” . People who make production scale products possible. And as we know successful projects need the business, the math and the code to act like parts of an opera.

Lets start by comparing quantum computing with AI , remember approximately a decade back , the academia introduced us to what Deep Learning can allow us to achieve , and hence started the cycle of AI adoption, trial, customer feedback and correction.
A thing that I would like to point out is that the problem at heart that AI tries to solve, is generally easier to comprehend and digest . More so , today if you ask a sixth grader what an AI is expected to do, you will get an answer, and plausible that you might get a correct one. This is IMPORTANT! , for any technology to grow , a goal , however tough , but an exactly laid down goal, like a blueprint is important. So when we said years back that one day AI will solve conversational problems , we were skeptical , but we knew what we wanted the AI to do in the long run, and that allowed people to come together and contribute , and hence allowed it to get mainstream faster.
Is this what we require for Quantum technologies today ?

What I see as the first victory , near term as I might say , is understanding the sub-genre of problems where quantum is there to help. The COMMUNICATION needs to happen to nullify the extremely technical conversations that occur between cohorts of scientists. But, precaution thou shall take, because of what media sells is not always the truth. Choose reliable sources to read , don’t fall for words that would otherwise mean different things in physics and your daily down the street terminology. Things published in research papers often get misinterpreted/twisted by the time they reach magazine editorials and these are the ones that make the headlines .

Adopting a technology is not just changing hardware or algorithms , its accepting that down the years reverting would be unimaginable. Adopting smartphones was a choice , going back isn’t. There are various approaches that the world is witnessing as I am jotting down this article in the quantum computing sector. Call it an academic race of GATE based, Annealing based approaches , along with the others , call it whatever you may , we are witnessing a growth in scalable size solutions.
Companies like D-wave have made amazing collaborations and tried to solve problems at scale pertaining to logistics , healthcare and supply chain optimization . And I see that the devil lies in the details . Although I have tried utmost to not introduce an iota of technicality in this article , its important to lay down that compared to the level of difficulty one faces when someone has to tweak an AI model to cater their needs, I found that formulating what they call a QUBO(Quadratic unconstrained binary optimization) and the unconstrained version, or implementing a circuit on IBM qiskit is rather non trivial . I see less online resources(apart from the original docs) and I see less people discussing the same.

We need to close the gap between what we perceive of Quantum and what it can actually solve, without communication we will only make it difficult for business leaders , developers and academic professionals to work in sync . The day we turn from developers trying to convince leadership about quantum solutions to Leaders asking the question ” can quantum fit in here?” is the day we shall look forward to….

What I learnt working as a ML engineer at Big4 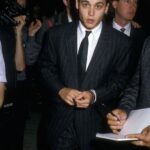